Children becoming ‘fussier’ eaters due to lockdown, half of children eat the same meal at least three times a week

Most parents are cooking for their children more frequently than usual in lockdown, but new research has revealed it is becoming a trying experience for many. Three quarters of parents (73%) now say they feel that their children are ‘fussy eaters’ – with two in five (39%) saying their children have become fussier during lockdown.

The study amongst over 2,000 parents, conducted by the Alaska Seafood Marketing Institute, found that 30% of parents say their children will eat only three or fewer different meals at all. This is leading to over half of parents (51%) saying their children end up eating the same meal three or more times a week.

One in 10 children (10%) eat the same meal at least five days a week, whilst one in 20 – which equates to hundreds of thousands of children across the UK – are eating the same meal every single day. Pizza was found to the most popular dish that children are eating more than once a week (57%) whilst fast food (33%) and burgers (30%) were also popular repeat dishes.

Alaska Seafood Marketing Institute is working with former Olympic champion and parent, Greg Rutherford, in order to help British parents get their children eating healthier meals that they will enjoy.

Greg Rutherford said: “The lockdown is definitely making mealtimes trickier for parents and it is no exception in my household. When they’re in school, most children have school dinners – and kids simply know they have to eat it, and this helps encourage them to try new foods. It also makes them realise that not every meal will be your favourite! But at home, they have more control and can make life tricky for their parents if they don’t get what they want.

“Fish fingers are a favourite in my household and I’ve used them as a springboard to getting my kids to eat more fish, which is a great way of getting them the vitamins and nutrients they need. I find that cutting fish (I tend to use something rich in nutrients like wild Alaska pollock or Alaska salmon) into finger shapes can be a great way of making the jump from breaded to fresh fish – I call them ‘naked’ fish fingers, which raises a chuckle and encourages the kids to eat them. Mixing white fish  with other meal elements I know they like – such as pasta – helps introduce new foods in a more subtle way.”

The weekly routine of eating the same dishes is creating frustration amongst parents who want their children to eat a more varied diet, the research found that it doesn’t always end well when they try to get their children to try something new. Three quarters (69%) say they have had to cook another meal because their children refused to eat it.

It appears the lack of variation is down to a mixture of children’s demands for the meals they like the most and parents wanting to avoid arguments during an already fraught time. Indeed 40% say they give their children the same meals to avoid ‘hassle and arguments’ with 30% going as far as to say it is necessary to avoid ‘tantrums’.

The average child in the UK is eating just five different meals in rotation whilst on average parents have not tried to cook their child a new meal in nearly three months (79 days).

It is not just Greg who uses fish as a go-to for a healthy dish for the kids. Indeed 64% of parents say that breaded fish, or fish fingers, are the most popular fish dish, and two-thirds (63%) say they give their children fish because it’s a healthy and nutritious option. Wild Alaska sockeye salmon, for example, has high levels of Vitamin D and Omega-3 making it an excellent choice for healthy meals. 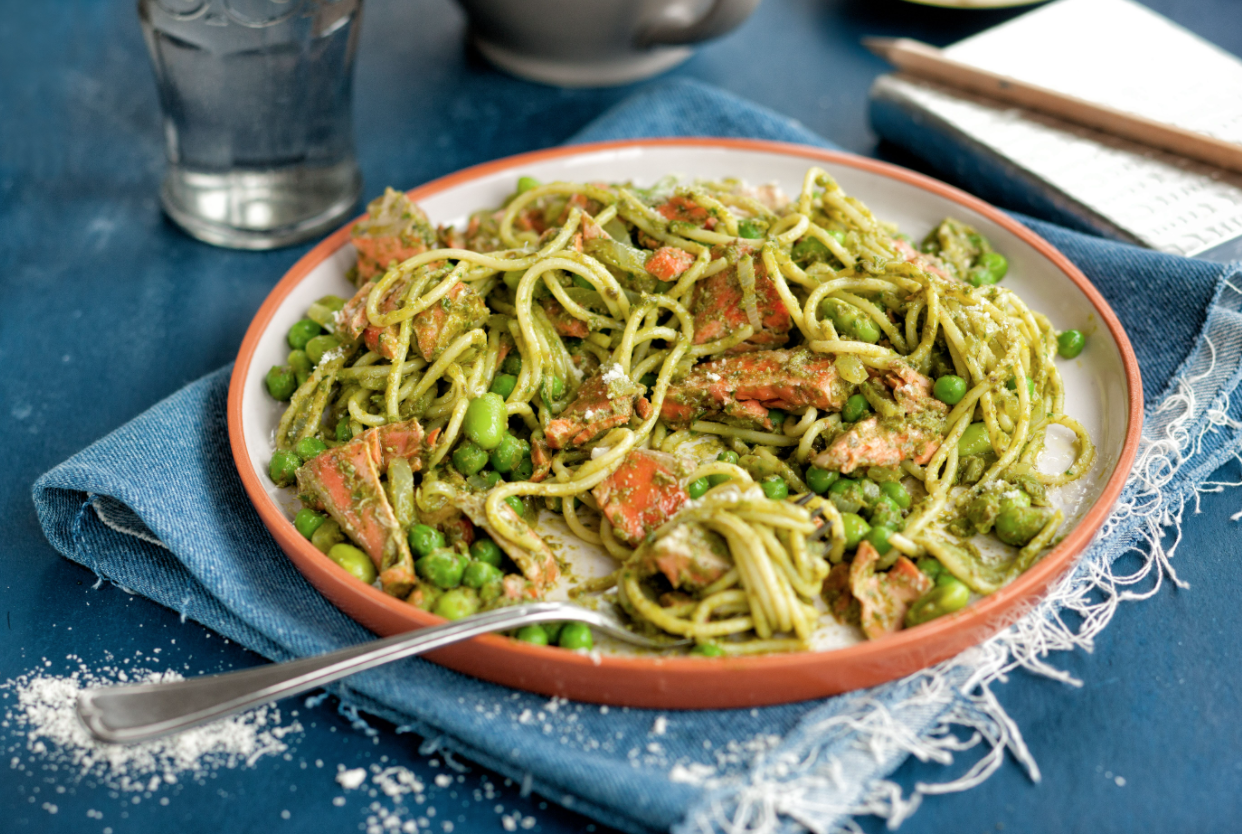 This will be just as good the next day, so worthwhile cooking a little extra!

Children becoming ‘fussier’ eaters due to lockdown, half of children eat the same meal at least three times a week